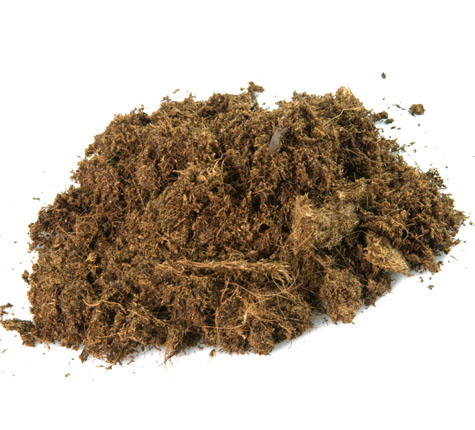 Peat contains many valuable chemical compounds. The therapeutic effect of peat is based on its heat tolerance and antibacterial properties, and it is commonly used in e.g. soaks, local treatments and cosmetic products. Peat cares for and cleanses the skin, and relieves the symptoms in many skin conditions.

Peat deposits are carbonaceous soils that have been formed as a result of an incomplete oxygen-free decomposition of plant wastes. In peat bogs only 10 to 15 cm of the surface layer is alive. The lower part of the bulk of the plants die and turns into peat. Natural peat is acidic and contains plenty of water. Peat contains diverse valuable chemical compounds which make it into a significant raw material for various treatment and cosmetic preparations.

Peat is used for therapeutic applications like baths, for local treatments, and in cosmetic preparations. Peat used in treatments is a highly decomposed layer of natural bog, which consists of sedge peat or sphagnum peat. The therapeutic effect of peat is based, among other things, on its excellent ability to bind heat, its antibacterial properties, and the action of the bioactive compounds.

The acidity is determined in treatment peat, as well as the content of humins, humic acids, celluloses, asphalts, pectins, and mineral components. A significant criterion is the quantity of humic acids and fulvo acids contained in peat.

Peat Effects on the Skin

Peat activates the metabolism of skin cells, stimulates the defense capacity of the skin, and increases the activity of the white blood cells in the treated area. Positive changes are mostly visible in the main skin layer. This increases skin’s renewal and self-healing capacity. Peat also stimulate the skin’s selfcleaning mechanisms.

Peat enhances the recovery processes of tissues and improves immunity. Peat balances inflammatory reactions, enhances renewal processes of the connective tissue, prevents it from drying, and prevents stiffening of the joints.

Peat improves capillary circulation, which has a positive impact on the metabolism of cells. Peat also stimulates the process of cleaning tissues from various poisonous substances.

Reactions of the Central Nervous System

Overall Effect of Peat on the Organism

General effect of peat occurs with long-term usage, when the affected surface is big enough. Overall effect is obtained by e.g. whole body baths and body wraps, and body wraps with big enough surface. The overall effect of peat treatment is the sum of different reactions, such as its chemical effect and acceleration of blood circulation. Local effect takes place through the reflectory system of the skin through which it is also possible to affect the functioning of internal organs. The most powerful reactions are in the heart and the blood circulation system.

Impacts of Peat and Bog Mud on Cell Functioning

Chemical composition of peat is extremely complex and rich. Peat contains enriched combinations of various plants, the compositions of which have undergone extensive research, but the final specification was still not found. According to the present-day knowledge, peat and mud contain around 200 different substances.

One third of peat is hemicellulose, which is a fiber-type substance. Fiber-type substances have an absorbing effect and participate in the cleaning of the organism. Humins (60%) act as an extremely active part of peat by influencing, among others, the metabolism. Humins contain various organic acids whose quantity varies in different research. These acids are divided into two different groups: fulvo and humic acids. Fulvo acids are very important components for all live cells and are connected with all the life processes and function as their catalysts, i.e. accelerators.

Bog peat also contains other vital compounds that participate in metabolism, such as vitamins, hormones and antiseptic or anti-inflammatory substances.

It Even Helps with Cellulite?

No allergic reactions have been detected in peat treatment. On the contrary, due to its antiseptic effect, it has even soothed some reactions, since it stops skin itching and scaliness. Peat treatment softens psoriasic thickened and flaky areas of the skin. As to its hormonal action, peat treatment reduces to some extent menstrual pain, alleviates ailments related to menopause, and removes hormonal cellulite.